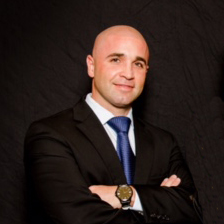 In addition to its importance as a tourist center and as a second residence for citizens from any geographical area, Orlando is a vital point of contact in American economies. Orlando is known as the “Entertainment Capital of Florida”. Orlando host the most famous theme parks in the world, like “Universal Studios”, “Disney World Magic Kingdom”, “Sea World”, “Hollywood Studios”, etc. Many people reside in Orlando or travel there for business. This city has become one of our priorities at the level of research.

Contact our private investigation agency now with detectives in the Orlando area, at the best results at affordable prices. We cover Orlando, the Central Florida region of Orange, Seminole, Polk, Lake Counties, and the rest of Florida in the United States.

Our agreement and collaboration with the agencies in Orlando offer the same services as our agency.

Private Investigator near me:

Yes, private investigator near me.

Call now for our detectives:

We will be there personally, gather the data that you give us, and offer an estimate as exact as possible.